Pakistan Can Beat India In This World Cup, Feels This Veteran Cricketer 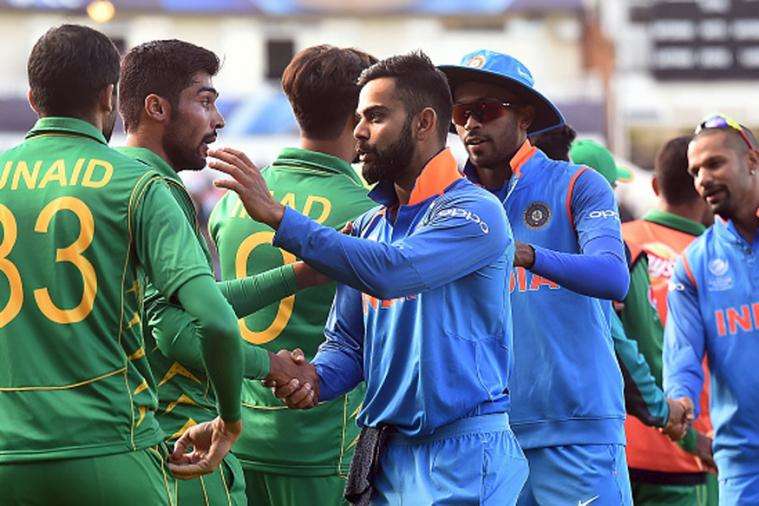 Pakistan Can Beat India In This World Cup, Feels This Veteran Cricketer

Former Pakistan captain Moin Khan has faith in the present Pakistani team and believes that this team captained by Sarfraz Ahmed has the capability of defeating an in-form India at the upcoming World Cup in England. The former wicket-keeper batsman considers Pakistan’s talent, depth and variety will come good in English conditions in June as they have performed well in England. He believes the present bowling attack can thrive in these conditions. Arch-rivals India and Pakistan have played each other six times in the World Cup and India have emerged victorious on all occasions.

“This present team is very capable of recording a first win over India in a World Cup because there is talent, there is depth and variety and Sarfraz Ahmed has now gelled the squad well,” Moin said on GTV News channel on February 12.

“I say this because our boys beat them (India) in the Champions Trophy two years back and I just feel that in English conditions in June we have better bowlers,” the 47-year-old cited the logic behind his statement.

Moin also backed the Pakistan Cricket Board’s decision to have a three-week training camp in England before the prestigious event, saying it would help the players in acclimatising to English conditions.

“Pakistan has been one team which has done well in England in the last many years and in May-June the weather can be unpredictable and there is moisture in the pitches,” said Moin.

Meanwhile, Moin also supported the PCB decision to appoint Sarfraz as captain in the World Cup. Significantly, Sarfraz is serving a four-ODI ban for his racist comments in a game against South Africa recently.

“I have seen Sarfraz lead the team and I know since he was a junior and I have captained and coached him and I can tell you there is no better person to lead the Pakistan team than him now,” Moin explained.

4,249 thoughts on “Pakistan Can Beat India In This World Cup, Feels This Veteran Cricketer”