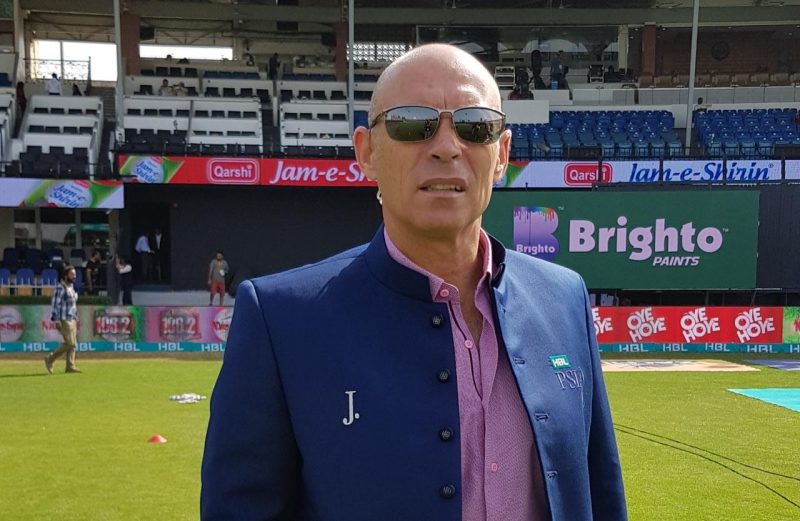 Former New Zealand fast bowler Danny Morrison, one of the most lively and respected voices in cricket, believes HBL Pakistan Super League has helped Pakistan immeasurably, throwing and maturing talent to the hilt. The 53-year-old, a regular part of commentary teams to all parts of the cricketing world, including the HBL PSL, singled-out Shadab Khan as a player who has matured from the Pakistan league. “PSL has helped Pakistan cricket immeasurably,” Morrison told psl-t20.com. “Particularly, when you look at the talent available, particularly the raw talent, it’s great.” Morrison, who played 48 Tests and 96 ODIs, said HBL PSL has been helpful for Pakistan cricket. “There are a lot of discussions with the Pakistan players on how you need to improve the pitch standards, got to get a better structure and all cost money and then you are playing away from home, but with all that PSL has helped and thrown talent. “The franchisees have benefited, the players have benefited by rubbing shoulders with some big international players. There are other franchise-based tournaments, which have also helped young talent emerge and benefit.” Morrison praised the development of Shadab, Pakistan’s leg-spinner who is now captaining Islamabad United after regular skipper Mohammad Sami got injured. “The development of Shadab, he is now doing captaincy, is significant.  I am really impressed with Rumman Raees, a bit of bouncing back in terms of fitness,” said Morrison of Rumman who had a year-long lay-off due to injury. “Then guys like Musa Khan making his debut, he is very exciting,” said Morrison of the Islamabad United newest pace sensation. “Babar (Azam) bursting onto the scene and his skills with the white ball have developed in the PSL.” Babar is the world’s number-one ranked batsman which has synchronised with the HBL PSL.  “Faheem Ashraf maturing with the ball in the hand, the redemption and allowance of Mohammad Amir to come back into international cricket; it’s good for Pakistan cricket.  “I am targeting pace here, obviously, but I think that is where Pakistan’s strength lies. There are more than few who have been unearthed in the PSL.” Morrison praised the standards of play in the HBL PSL. “I missed the first one,” said Morrison of the first edition in 2016. “I love this part of the world and have a lot of Pakistani fans. There is a great standard of the game and it’s attracting big names. I think there is a great standard of cricket. I am looking forward to coming back to Pakistan. “I was there in October 2017 for the Sri Lanka Twenty20.”  Morrison recalls the 1990 tour of New Zealand to Pakistan. “I was there in 1990. It was a tough gig, it was a young side as Martin Crowe had taken over from John Wright and few senior pros did not come. It was a changing of guards with Richard Hadlee just finished in England and we were up against a very good Pakistan attack so we were run-over. “The two Ws and Aaqib Javed were great,” said Morrison of Pakistan’s pace attack of Wasim Akram, Waqar Younis and Aaqib Javed.  “Then they had Abdul Qadir and good spin bowling of balance. So, we were run-over there. Then I came back in 1996 for the World Cup but did not last long with a groin injury. “I have enjoyed my visits to Pakistan. It was always tough for fast bowlers. I have always been pleasantly surprised at how clean and organized the streets are in Lahore. Obviously, Karachi is different with it being down by the coast, a bit of wild at times. But good to see people come out and watch cricket.” Asked how he would have fared in Twenty20 cricket, Morrison termed it a big challenge for fast bowlers. “It would have been a challenge. You need to get your yorkers, I quite liked watching the two Ws get that right in early 90s, they had that ball and were always searching for that.  “It’s a go-to-ball, any bowler could have been smashed on the day, but I would have loved to play T20s.”