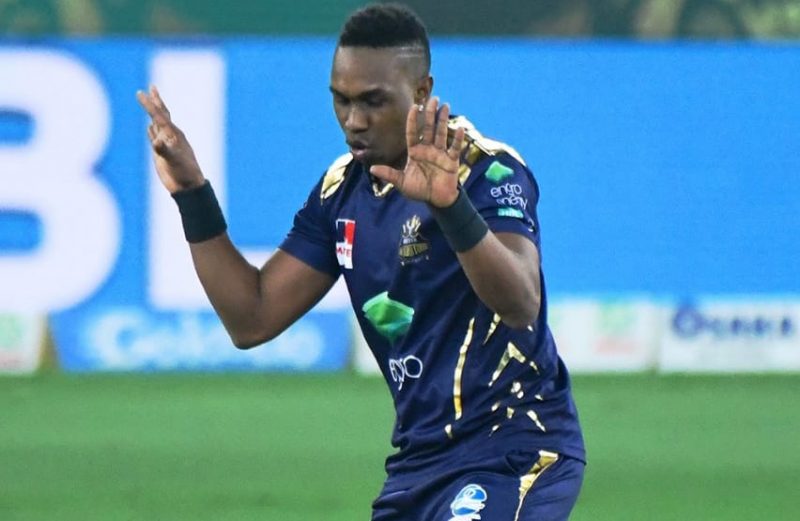 Globe-trotting former West Indies all-rounder Dwayne Bravo showed delight in passing his knowledge about the game to some of the youngsters he comes across during the HBL PSL and termed the league a “tournament for younger generation of Pakistan cricket”. The 35-year-old, who retired from international cricket last year, is featuring for Quetta Gladiators in the HBL PSL 4 and showed a glimpse of his utility with three for 19 in four overs to help Quetta Gladiators beat Multan Sultans by six wickets in Dubai on Friday. With his variation in bowling and great utility in batting and fielding, Bravo is the man in demand for various leagues around the world. He has played for Chennai Super Kings, Gujrat Lions and Mumbai Indian in the Indian Premier League. Essex and Kent have been his teams in England’s Twenty20 leagues, while Lahore Qalandars and Peshawar Zalmi were his sides in the previous editions of the HBL PSL. He has featured for Melbourne Renegades, Sydney Sixers and Melbourne Stars in the Big Bash in Australia. In the Caribbean Premier League, he has played for Trinbago Knight Riders, Trinidad & Tobago and Trinidad & Tobago Red Steel. Asked if he passes his knowledge of delivering so many varieties in bowling, Bravo replied“Definitely, that’s why I stand at mid-off and mid-on most of the time to feed my knowledge to the young fast bowlers. “I ask them a few questions just to see how they are feeling. For me, it’s not about trying to change anything or try to coach them, but it’s about knowing how developed their brains are, how they react under pressure and then I intervene with my experience. It’s important to allow them to make mistakes, allow them to learn, and they be free and they are allowed to learn.” Bravo said Twenty20 format is tough and bowlers can get frustrated at being thrashed. “This format is tough for the bowlers, so it’s important that the bowlers keep believing in themselves,” said Bravo, whose slower ones and lethal yorkers have earned him the most wickets in Twenty20 cricket with 475. He was part of both the West Indies sides that won the ICC World Twenty2o in 2012 and 2016. “You can easily put yourself under pressure when couple of balls go to the boundary and that’s where my roles is, which is to keep them calm and allow them to learn to come back.” Bravo reckoned the HBL PSL tournament was meant for the younger generation of Pakistan cricketers and was excited to see young fast bowler Mohammad Hasnain bowling at 140-150kph speed. “It’s good to see a young fast bowler bowling at such a speed,” said Bravo of Hasnain who is playing for Quetta. “Pakistan have always produced some of the best fast bowlers in the world and it’s nice to see him. He is young and fast and it is a joy to see him from mid-off and mid-on. I will definitely spend some time with him. “The HBL PSL is a tournament for the young generation of players in Pakistan and it’s great to see domestic tournament where you see such talented players. Quetta has given him (Hasnain) an opportunity and he has grabbed it with both hands.” Bravo said he enjoys playing leagues around the world. “For me, this is a game I was born to play as a kid,” said Bravo who hails from Trinidad. “It was my childhood dream to play. I am happy playing it, fans come and pay to watch us and get entertained. I play the game in the right kind of spirit and the way it should be played. We need to have fun and that’s what DJ Bravo is about, that’s what is my brand is about.”

3,348 thoughts on “Bravo happy to pass his knowledge to young players in HBL PSL”